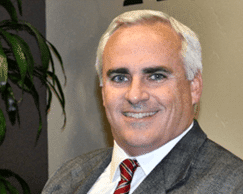 Mr. Schade did his undergraduate work at the California State University Fullerton, majoring in Business Administration, graduating in 1989. Thereafter, Mr. Schade attended and graduated from Western State University College of Law and was admitted to the State Bar of California in 1993. After being admitted to the California State Bar in 1993, he opened his own practice in Santa Ana, California and eventually moved his office to Fashion Island in Newport Beach, California where he ran a general litigation practice.

In 1999, Mr. Schade took a position with the law firm of Bollington & Ochoa (house counsel for 21st Century Insurance Company) and moved to the Inland Empire. In 2003 Mr. Schade was the youngest attorney ever appointed to the position of managing attorney for 21st Century Insurance and opened the law offices of Bollington & Schade in Sacramento. Mr. Schade was designated as 21st Century and American International Groups large loss attorney for the Sacramento office. In 2009 Mr. Schade left his insurance defense practice and took a position with the firm of Ashton & Price. Mr. Schade has been a member in good standing of the California State Bar since 1993, and is admitted to practice before all of the Superior Courts of California and the California Supreme Court, as well all of the Federal District and Appellate Courts of the 9th Circuit.